Solution home ProCalV5 Company Options and what they mean

When Actual Input Is Out Of Input Tolerance Print

This Company option has a drop down with three options: 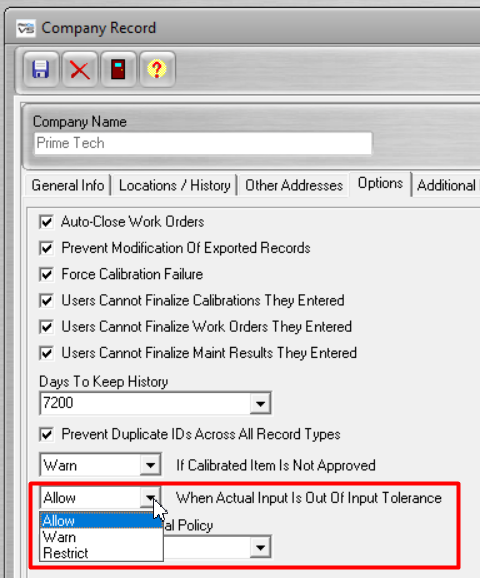 This option is referring to the Input Tolerance that can be set on the Calibration Points tabs of master records.

What is "Input Tolerance"?

During a Calibration a Technician is allowed to change the Nominal Input Value.

Example - A Technician is going to perform a Calibration on a room thermometer. They know that the Temperature will be between 60 - 80 Degrees Fahrenheit but will not know the exact Temperature until they begin the Calibration. So, in this example, the Nominal Input value will be 70 Degrees with an Input Tolerance of +/- 10 allowing the Technician to set the value between 60 - 80

The Company Option dictates what happens when they set that value outside the range. 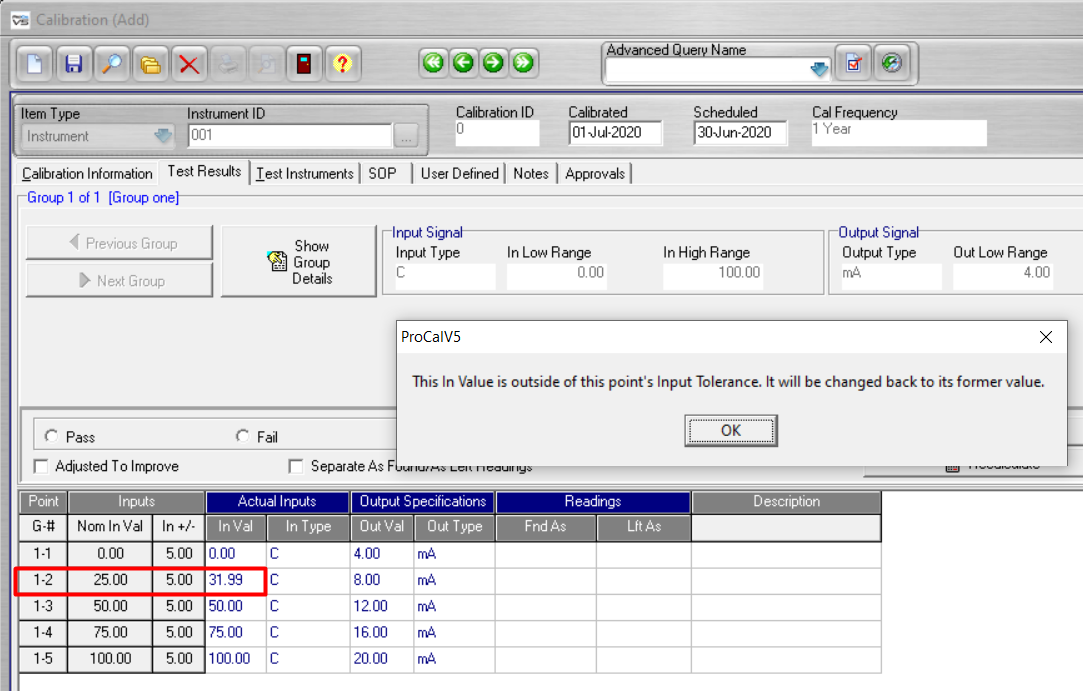 The "Input Tolerance" can also be set on each line item of the Grid, see below 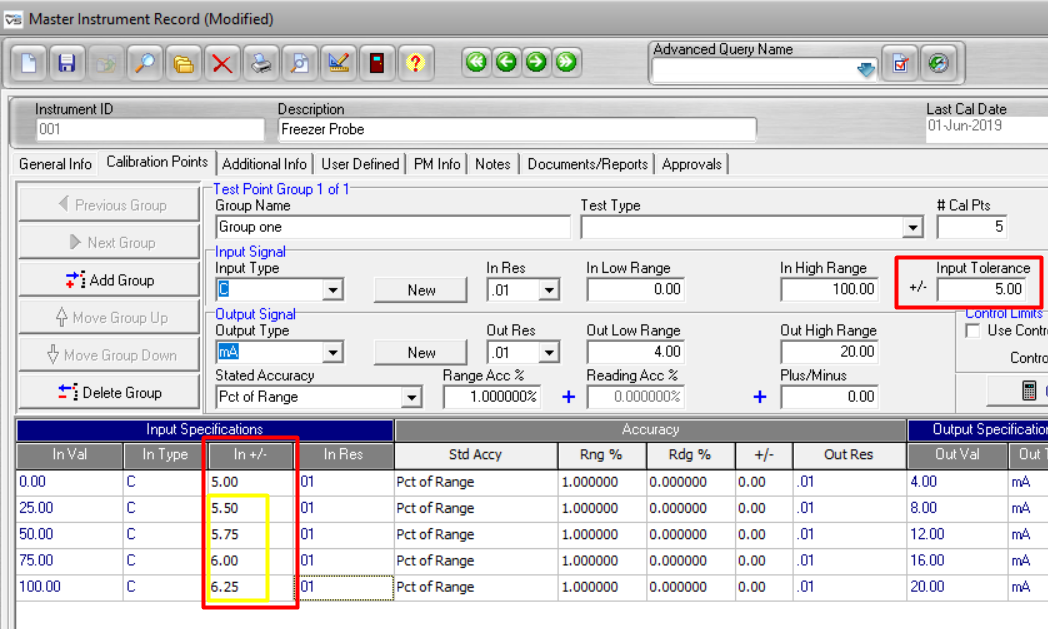 What happens to my "Out Val" and my "Spec Limits" when I change the "In Val" during Calibration? If the Correlation to Output is either "Linear" or "Square Root", the "Out Val" will automatically be set. If you are using "Manual" for your Correlation to Output, there will be no change to the Out Val, but you will be able to manually change the value. If you have the "Auto Recalculate Limits" set (is set as default) then the Spec Limits will auto-recalculate to the change, see below:

R
Robert is the author of this solution article.

Did you find it helpful? Yes No

Send feedback
Sorry we couldn't be helpful. Help us improve this article with your feedback.